At long last, here is the gorgeous cover for The Romeo Catchers, the much-anticipated sequel to the Amazon #1 bestseller, The Casquette Girls! 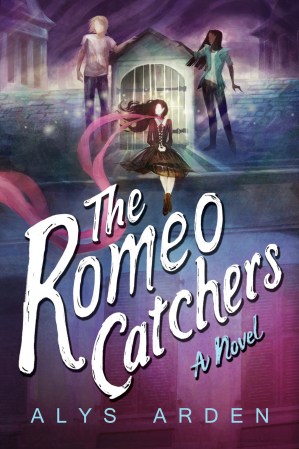 I’m so excited to finally  be able to show you this. I’ve been helping Alys edit Romeo Catchers over the last year, watching the story unfold and get better and better with every draft she took it through, and now I can’t wait for you to read it. But we’ll have to wait a little while yet… it will be published by Skyscape Publishing next year — the official release date is May 22!

In the meantime, you can preorder now from Amazon, and you can also gaze at this beautiful and intriguing cover by Galen Dara, who’s well known in science fiction and fantasy circles for her eye-catching cover art (and who also did the gorgeous cover for Book 1!).

Plus, take a little peek at the synopsis below… This sequel has all our favorite things: lies and magic, New Orleans’ attics, and of course the strange and mysterious Medici brothers. :-O 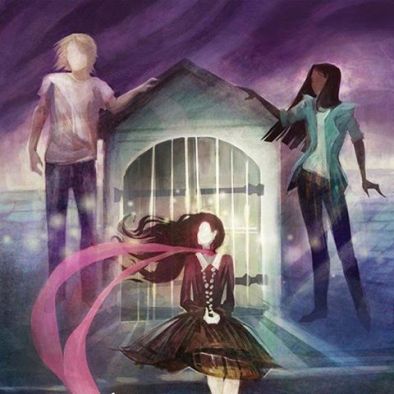 Tormented by the fate she condemned her mother to, and by the lies she’s forced to tell to cover it up, Adele scours Storm-ravaged New Orleans for the truth about her family’s magical past. But every turn leads her back to the one person she’s determined to forget: Niccolò Medici. Not even the multitude of enchanted locks on the attic door trapping Nicco within can break their connection.

Sensing Nicco calling to Adele, Isaac tries relentlessly to keep her from exploring paths too dark that would endanger them all. But a new threat is rising: the Medici’s presence has attracted something else to New Orleans…an older enemy, one that will bring Isaac’s haunted past to life, test the witches’ friendships, and jeopardize Adele and Isaac’s blossoming relationship.

In this spellbinding continuation of The Casquette Girls saga, Adele must draw on the past—from seventeenth-century Florence, a time bubbling with alchemy and fraternal betrayal—and sort history from fantasy if she is to have any chance of saving her mother, her coven, and her magic.

Alys Arden was raised by the street performers, tea leaf-readers, and glittering drag queens of the New Orleans French Quarter. She cut her teeth on the streets of New York and has worked all around the world since. She either talks too much or not at all. She obsessively documents things. Her hair ranges from eggplant to cotton-candy colored. One dreary day in London, she missed home and started writing The Casquette Girls.

Her debut novel garnered over one million reads online before it was acquired by Skyscape in a two book deal. Her second book is due out May 2017.

Alys is represented by ICM. And she still plans to run away with the circus one star swept night. 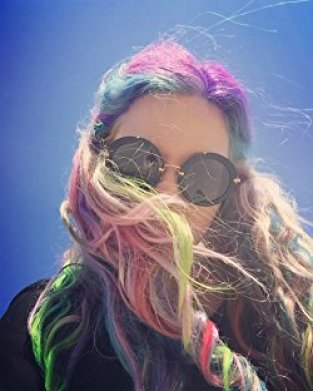